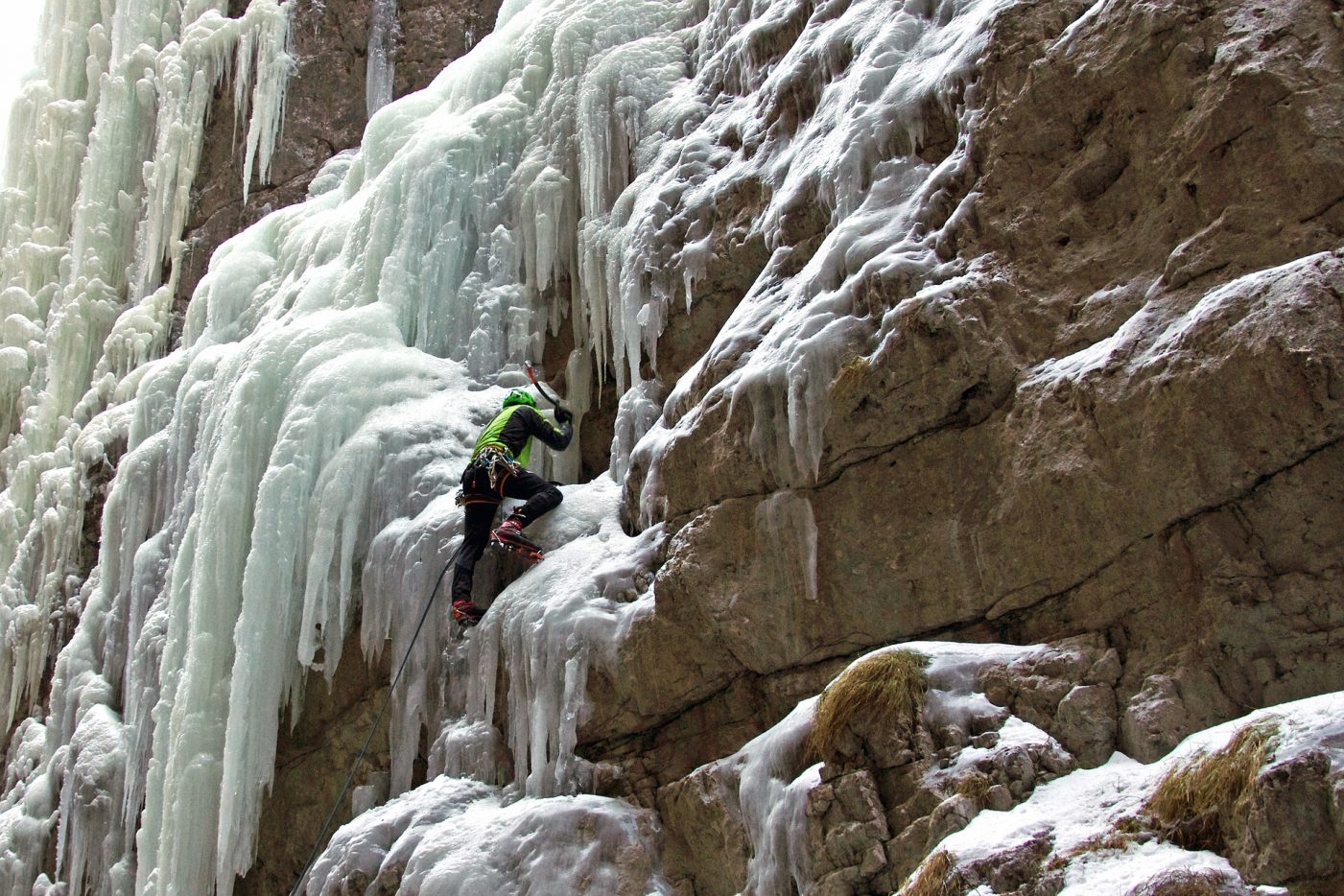 The Chialvetta icefall can be seen on the right, already at the small hamlet, where, once arrived, you continue on foot for about 15 minutes keeping the right to the village church and following, for a hundred meters, the carriage road which in winter remains covered with snow. The climb on the icefall, which is often well formed, presents several but never extreme difficulties. The descent can be made with an abseil descent after the first pitch or going down a wooded slope with a last easy jump of some tens of meters (70°).