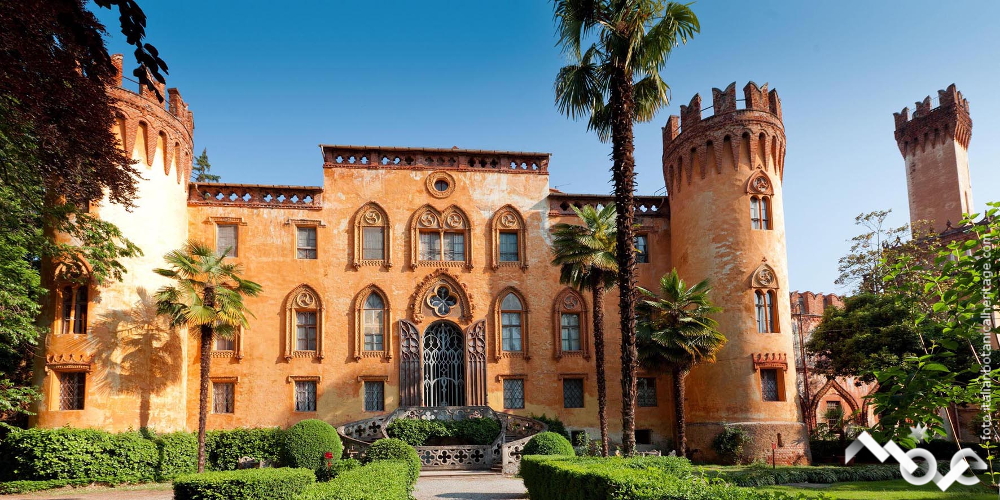 The Castle of Roccolo was constructed from 1831 and is an important expression of the neo-medieval revival in Piedmont.

Those who stayed there include Silvio Pellico, British prime ministers, King Umberto I and Queen Margherita.  Around the castle is a magnificent park of 500,000 square metres designed along the lines of a romantic garden.  The park, which saw some involvement from well known landscape architect, Xavier Kurten, is covered by numerous paths, grottos, statues, shelters and viewpoints.