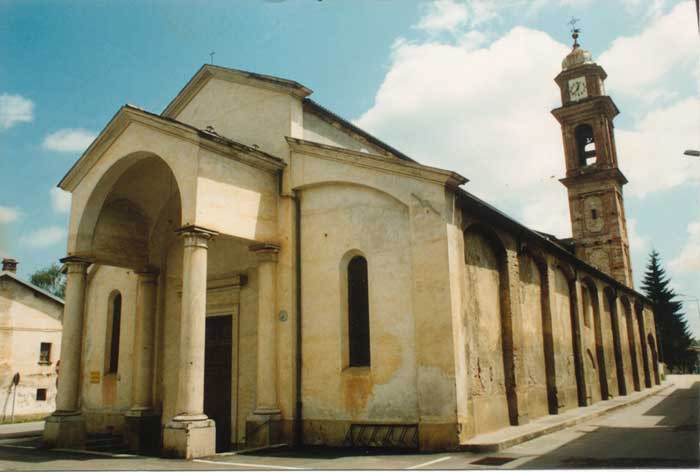 Church of our Lady of the Rosary

Built in the 12th century, it is famous for the series of painting attributed to Hans Clemer, the “Maestro di Elva”.

Situated in the centre of the region, in the locality of “Pasché”, where the cattle entrusted to the village shepherd were rounded up for grazing, it faces via Regina Margherita, the main street of Bernezzo.  Amongst the painted figures at this site, and by far the most impressive, is the Tetramorfo.  There is a curious painting in the left aisle which depicts the miracle of Sant’Eligio who is engaged in reattaching a horse’s hoof.  The façade, on the other hand, is modern with a portico in front and a Baroque bell tower built over the ruins of an older Romanesque construction.