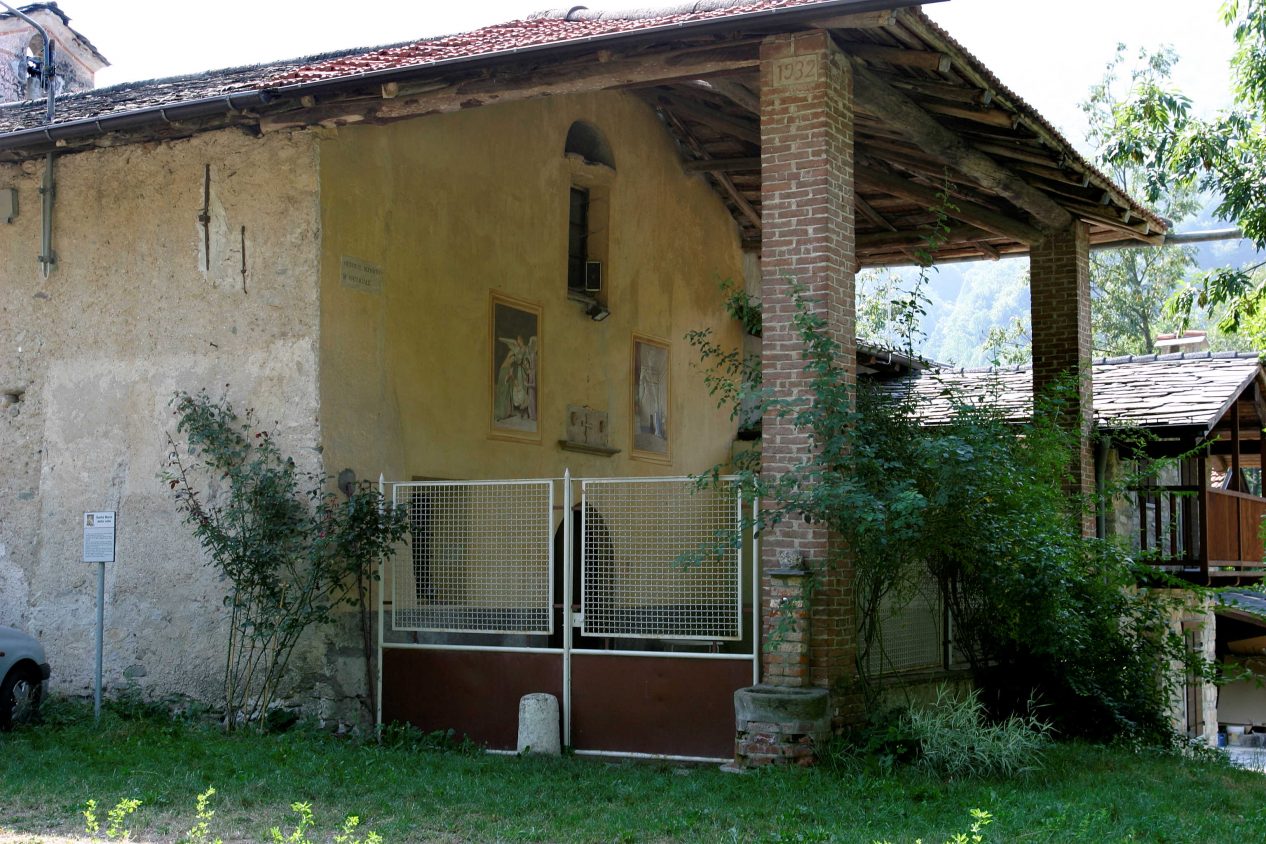 The church, which was probably built around 1018 by monks linked to the monastery of Le Puyen Velay in Auvergne, is found in the small hamlet of Cavaliggi, between Valgrana and Monterosso Grana.

The monastic centre, which grew up around it and of whose size we can only guess at today, was fundamental for the agricultural and economic development of the middle and lower Grana Valley.  The church, which now has no apse, was originally of Roman plan and was probably entirely covered in frescoes.  Its real treasures are the series of frescoes of different periods which span the 14th to the 16th centuries.  The church preserves a small stone slab with two human faces and a Lombard cross on the wall above the entrance.