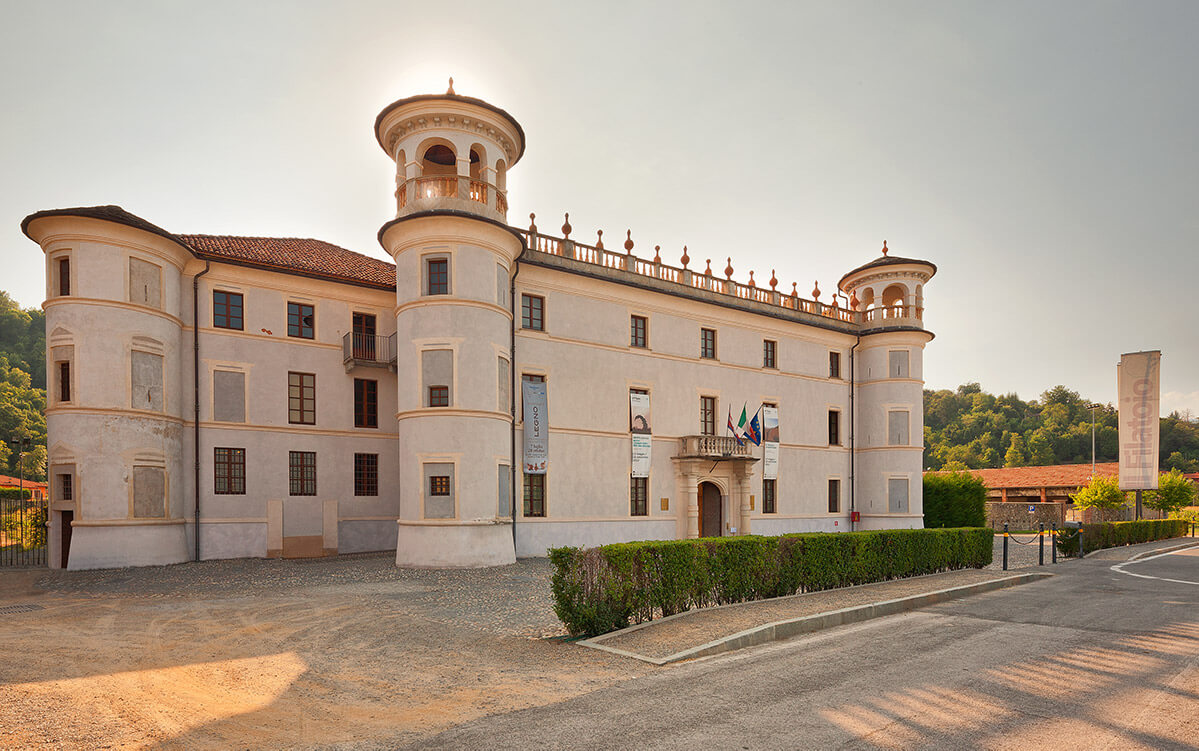 Built between 1676-78 by Giovanni Gerolamo Galleani, it was a factory of silk yarn until the middle of the 1930s.

It was then used as a barracks between ’39 and ’43 and today is the Museo del Setificio Piemontese.  In the ‘90s, the Council of Europe described the Filatoio Rosso (spinning wheel) as “the most important historic-cultural monument of industrial archaeology in Piedmont”.  Awareness gradually took hold that the Spinning Wheel was a precious asset to conserve.  A Committee was founded in 1999 and became a Foundation.

Today, as well as temporary art exhibitions, it houses the permanent Museo del Setificio Piemontese, with the aim of enhancing not just the building, but an entire region, becoming a bastion of economic historic memory in Piedmont.