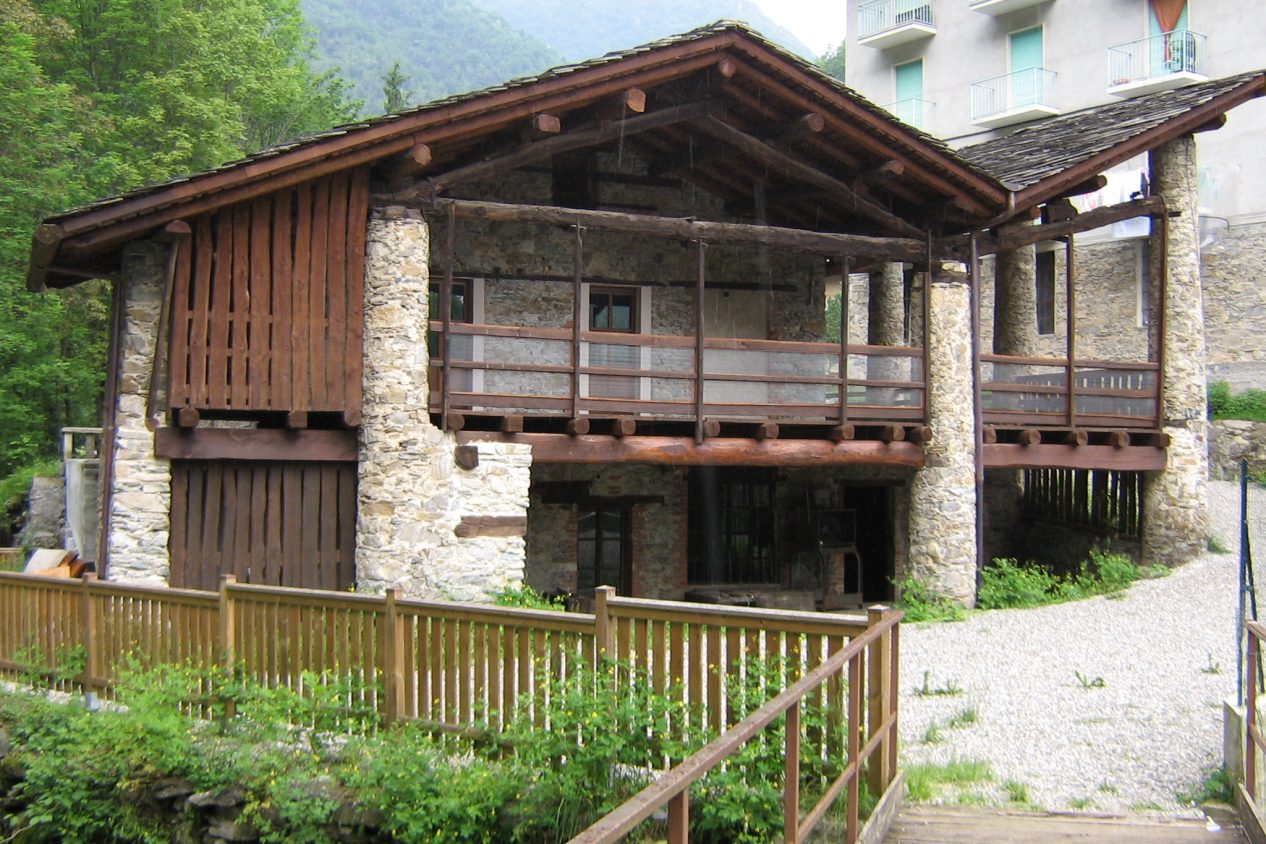 The former Gallina plant in Pradleves

The former power station takes its name from the last owner who transformed this ancient pre-industrial plant into a hydroelectric power station.

The building probably housed a fulling mill for beating woolen cloth until the end of the 15th century.

From the end of the 16th century, it was converted into a forge for iron processing and in the following century it was flanked by a mill with three millstones and a carpentry.  All the machines were powered by hydraulic force applied on two wheels.  In the first decades of the 20th century the original artisan machinery was flanked by a small hydroelectric power station which would provide electricity to Pradleves until the end of the 1970s.

It is currently a small museum and you can visit the forge and mill.