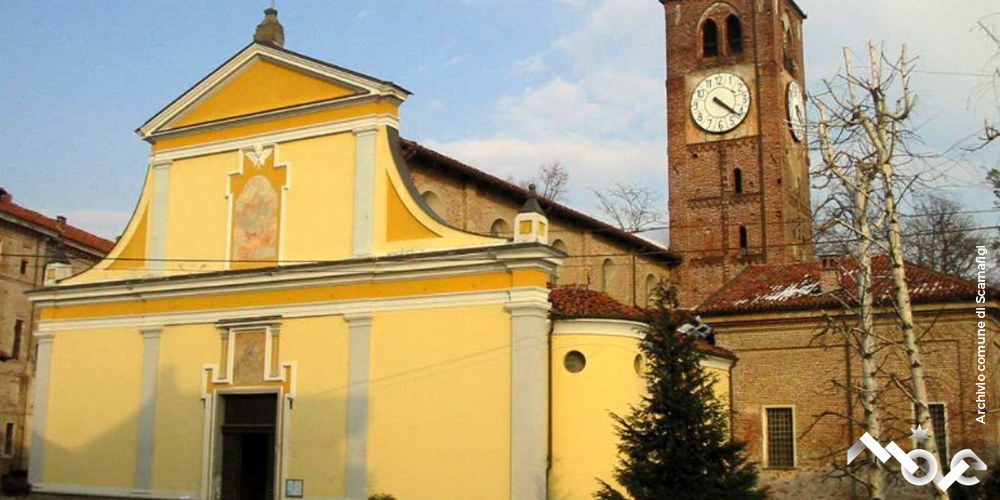 It is on the site of the ancient chapel of Santa Maria and has a valuable facade dating to the end of the 18th century.

The interior has three broad naves.  On the left is the chapel of the S. Sudario and on the right the winter chapel which connects with the bell tower and sacristy.

Until the second half of the 16th century, it consisted of a single area.  In the place of the current chapel of the S. Sudario, there was the chapel  of S.S. Sacramento and, on the part opposite, another chapel dedicated to S.Michele.  Since 1753 it has held the remains of the patron martyrs, Casto, Clara, Onorato and Verecondo.

The bell tower, in Gothic-Romanesque style, was built in different sections and periods; the final extension of the tower, with mullioned windows on the four sides and where the bells are today, is dated 1899-1901.

This website uses cookies to improve your experience while you navigate through the website. Out of these, the cookies that are categorized as necessary are stored on your browser as they are essential for the working of basic functionalities of the website. We also use third-party cookies that help us analyze and understand how you use this website. These cookies will be stored in your browser only with your consent. You also have the option to opt-out of these cookies. But opting out of some of these cookies may affect your browsing experience.
SAVE & ACCEPT