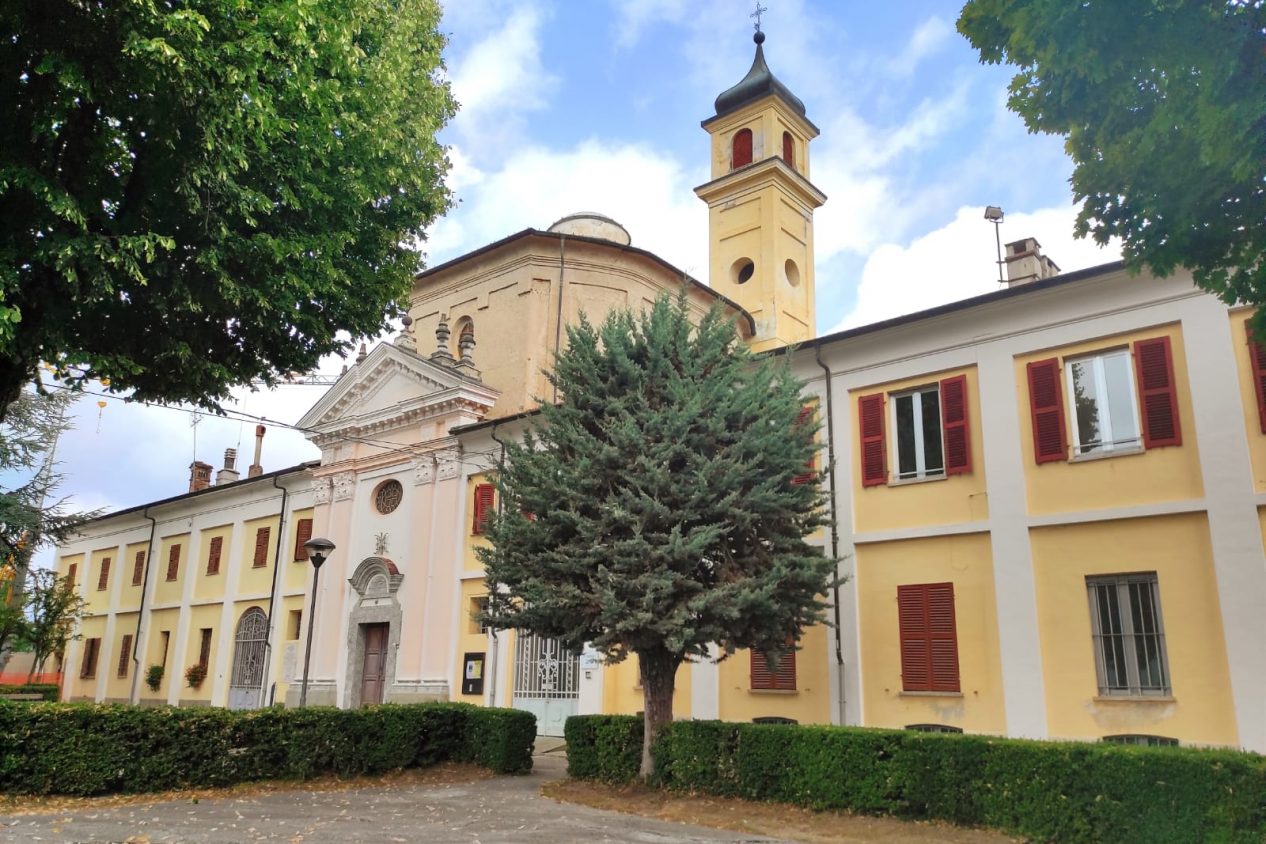 The castle’s ancient chapel, above the hill of Caraglio, dating back to the 14th-15th centuries, then destroyed, was rediscovered in 1810 under the vineyard of Costanzo Chiapale.

The church was constructed between 1816 and 1841, flanked by two buildings for the chaplain and for a small charitable institute.

The 19th century complex has a wide neoclassical front centred on the façade of the church, above which stand out a small dome and the bell tower.  The church’s interior, with a central layout, has a side arm to the left as you enter.  On the two side walls of the ancient chapel are the 15th century frescoes which depict the life of the Madonna, including the large scene featuring the Pentecost, which has led to the title of “Regina degli Apostoli” – Queen of the Apostles.