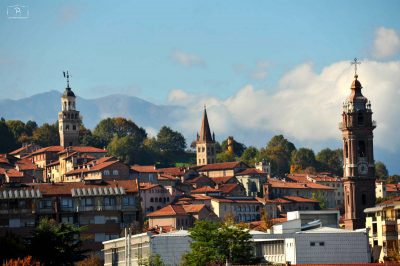 The first tract stretches along the Eurovelo 8 line (also known as “The Mediterranean road”. With its 5.900 km, it links Cadiz, Spain to Limassol, Ciprus). You can also enjoy the cycle-tourism route called “Via delle Risorgive”, which links Moretta to Airasca along the old rails. The tour offers some charming views: the castle of Scarnafigi, which dates back to the 12th century, the castles of the Marquisses Tapparelli D’Azeglio of Lagnasco, which consists of three different buildings built at the end of the 11th century.