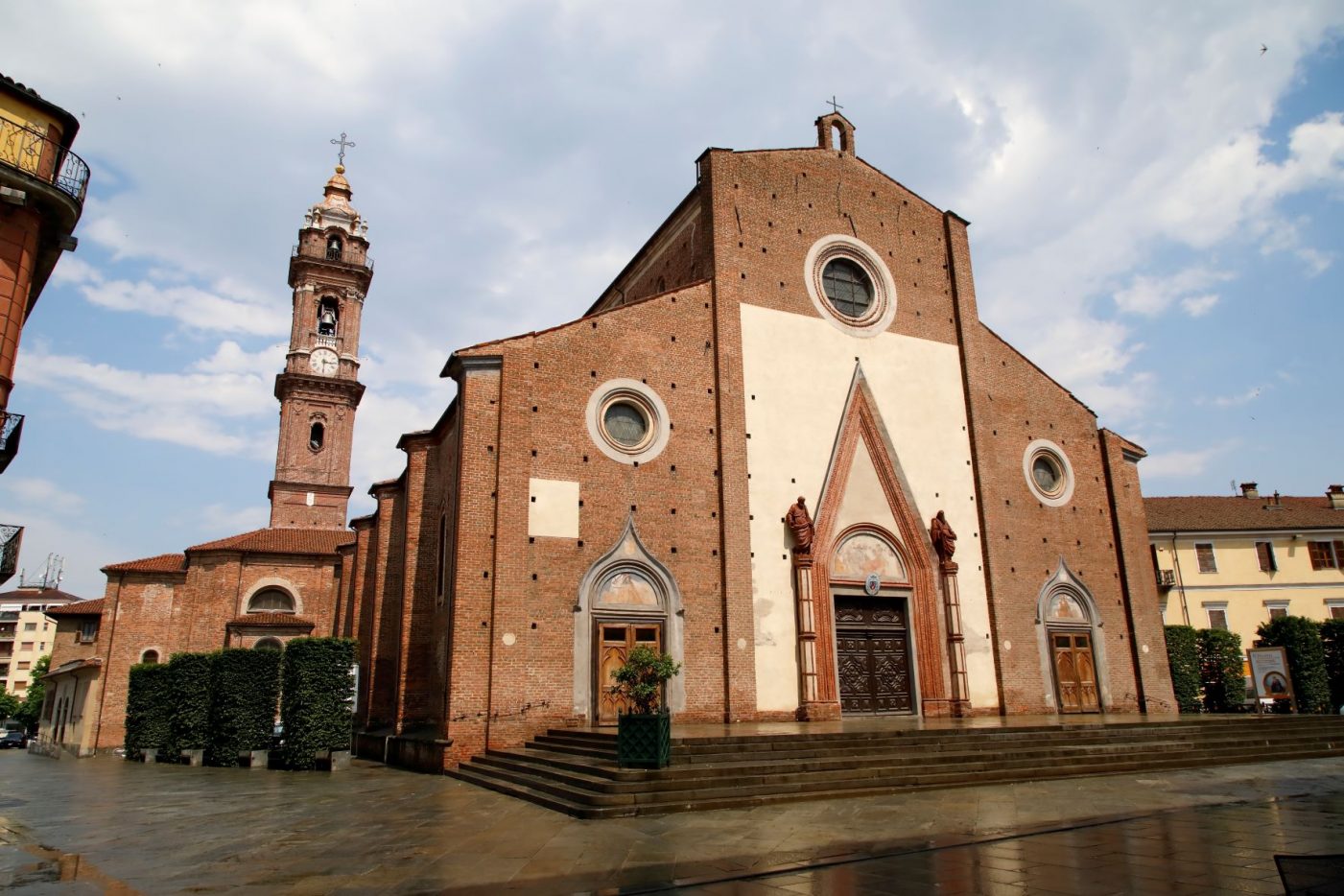 Cathedral of Saint Mary of the assumption

The construction of the building began in 1491 and terminated in the first years of the 16th century.

The need to have a cathedral which could show the power of the Marquisate made it necessary to build the complex outside the ring of the city walls.  The cathedral was built on the place where the ancient Pieve di Santa Maria was and it became the episcopal seat dedicated to the Virgin of the Assumption in 1511.

The interior, which is of substantial proportions, is 82 metres long and 30 metres wide; the height of the central nave is 21 metres.  A 15th century wooden crucifix hangs on the triumphal arch of the central nave.  On the left nave, the Chapel of the SS.Sacramento in which the 16th century polyptych of Hans Clemer is preserved, a masterpiece of the Flemish painter, merits special attention.