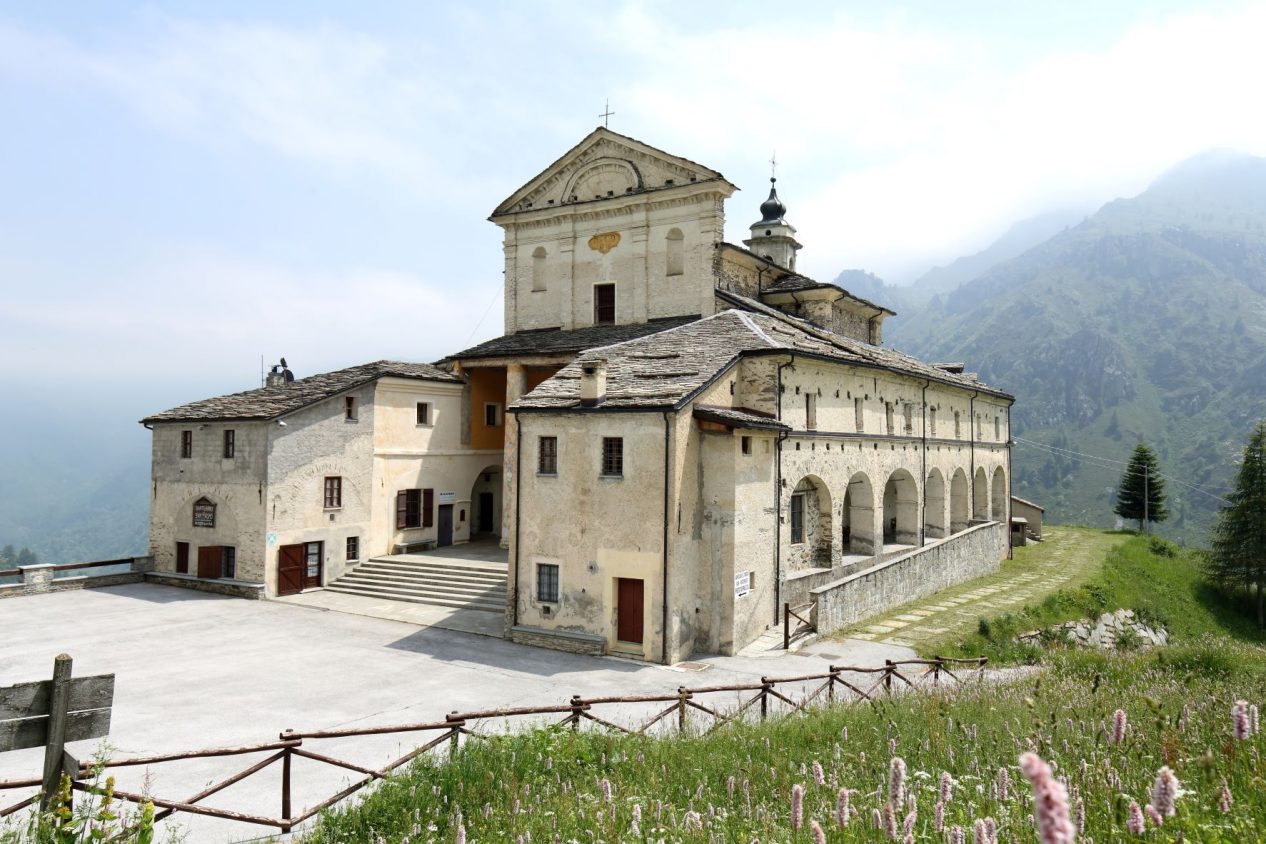 Sanctuary of San Magno in Castelmagno

The Sanctuary of San Magno rises up on the traces of a Roman temple (ara) dedicated to the god, Mars, protector of soldiers and farmers.

From the remote pre-Roman epochs onwards, the area was colonised by man for its rich mountain pastures.  The Sanctuary, built around the original Allemandi chapel of the 15th century in the district of Castelmagno, has undergone many extensions over the course of the centuries, the last of which were at the end of the 19th century.

Its most precious treasure is without a doubt the pictorial series by Pietro da Saluzzo and by Giovanni Bottoneri, contained in the oldest centre of the Sanctuary.

On the wall in the stunning portico, is the plaque which gives evidence of the presence of a place of Roman worship